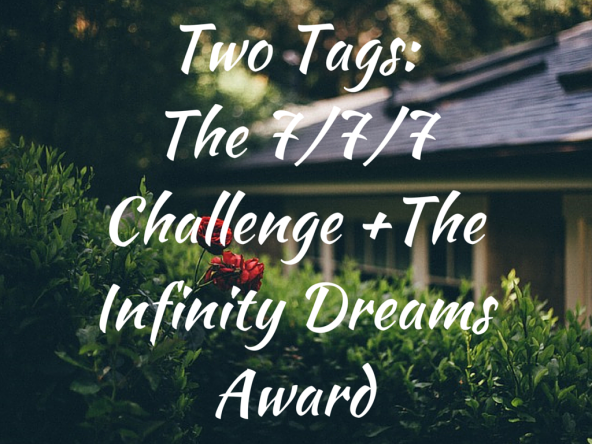 So basically you take the seventh page of your WIP, go down seven lines, and share the seven lines that come after that.

At least, that’s how I understand it.

I looked at my editing WIP, and I thought about it, but I decided that I would forgo that and use instead last week’s WIP, a novelette titled Unarranged. 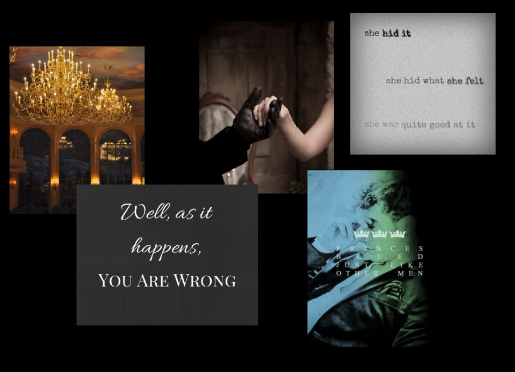 Quick synopsis: Matilde, young ward and niece of a nobleman, discovers that she has just been promised in marriage to the prince of her country. The only problem is, he is fifteen years older than her, and altogether grim and boring. And she is determined to be heartbroken.

My aunt returns before long and I am ready. I place my small hand in her dark-gloved hand, mine white and bare save for a ring with three small sapphires set in twisted silver. I think it looks very becoming on my hand, and so does my aunt, for she smiles as she looks at it.

Not that I want to look becoming.

I heard once of a princess—they called her The Fire Princess—who was so wild that her father promised her to any man who could keep her safe. It is said that she came riding to meet a suitor in flaming scarlet with her hair flying loose, and reared her horse practically upon him and then laughed. She was a bit wild, I will admit, but today I wish I could do that.

Ooh, that’s impossible to choose! But Call It Courage, Swift Rivers, San Domingo: Medicine Hat Stallion, Smith of Wootton Major, and Mark of the Horse Lord are all near the top in my affections today.

That’s hard. There is something sweet about spring and summer, as they are the absence of winter, but I think I would have to say autumn. There is something about the crisp air, the harvest food, and the feeling of new beginnings that I cannot resist.

Probably Scarlett Johansson. We resemble each other quite a bit and she’s just about my size.

Morning glories, probably, though I do love carnations.

Uilleann pipes. They are like bagpipes, but Irish, and played by an arm bellow instead of the lungs. I seriously want to buy a set someday.

If you are talking books, it’s probably historical fiction. I love experiencing other people’s lives in other places and times.

Um, I think that Steve Rogers/Captain America could be a Snickers bar.  Solid, no-nonsense, and American.

It constantly changes. Currently it might be Cinderella (the new live action version) or Avengers: Age of Ultron.

Clarkson and Martitia from They Loved to Laugh. If you haven’t read this book, you need to.

In Pace by Patrick Doyle. I discovered it almost a year ago, and have listened to it over 1,000 times. It gets more beautiful every time I hear it.

Thanks to Annie from Curious Wren Blog and Charisma from Twisted Two for tagging me!

6 thoughts on “Two Tags: The 7/7/7 Challenge and The Infinity Dreams Award”